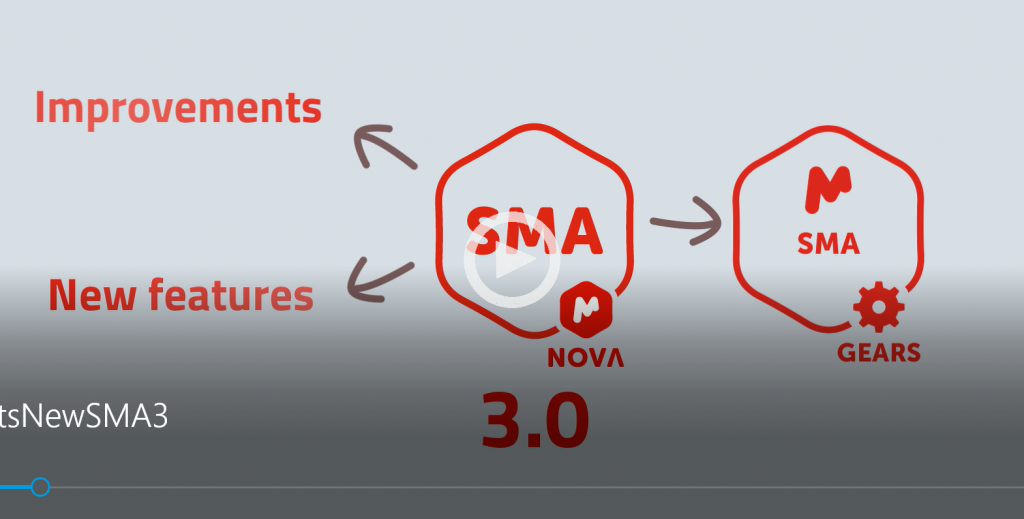 SMA 3.0 is out with a new set of features to make mixture analysis easier and more adaptable to your needs. Various improvements have been made to the interface, the analysis (SOPs) configuration, the reporting options, and to the automation capabilities, for which a whole new Gears SMA  brick has been released.

Improved and reorganized interface for a more intuitive workflow

The SMA dialog has been revamped to allow for an easier and more intuitive workflow. Icons have been updated and reorganized, tooltips have been improved, and new options have been added. 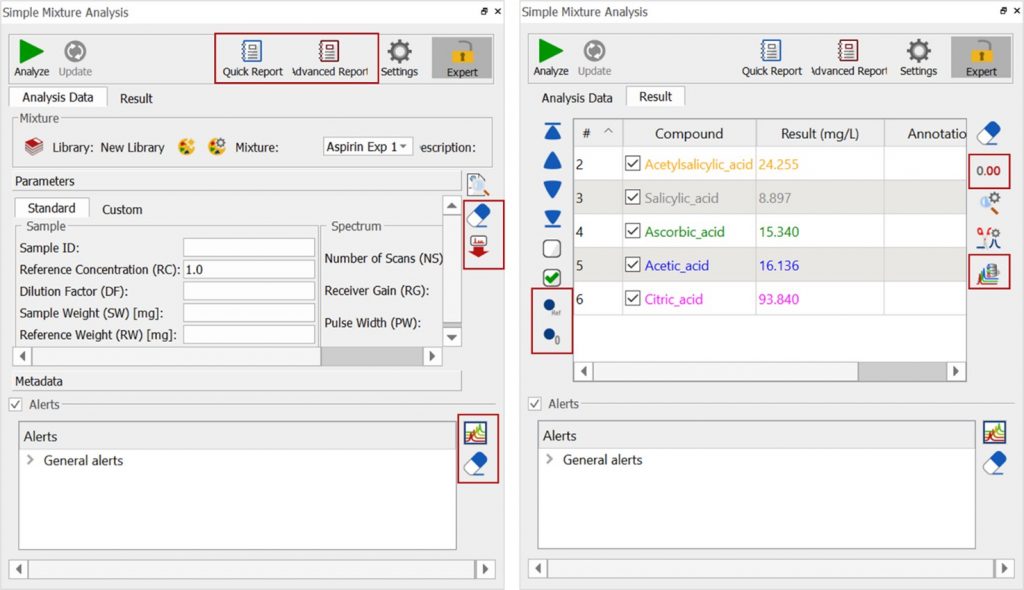 You can now quickly import your mixture compounds from an active Mnova document instead of having to enter them manually and risking typing errors. You can either have them saved in separate files or grouped on several pages in a single Mnova file.

The “SMA Experiment Assistant” has been renamed the “Database Assistant” and has been improved by aggregating various new features to facilitate the viewing and addition of compounds to the mixture. 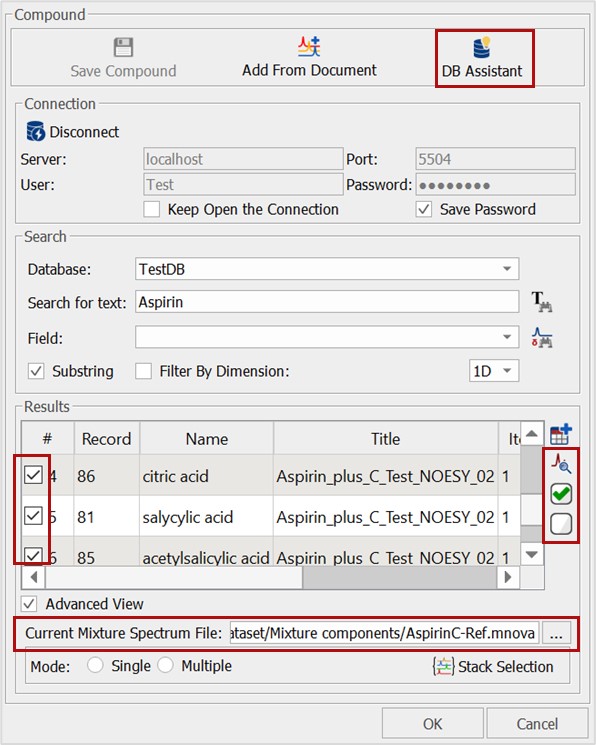 Sharing and reviewing the results of SMA analyses has been made easier with the new option to load the SMA results from an active document into the SMA panel. All related information (such as Mixture information, Calculations Settings, Standard Parameters, Metadata) is also loaded, and a library is automatically generated in the SMA default directory. This enables the user to recover all the required data, to update, or even repeat, the analysis, if needed. 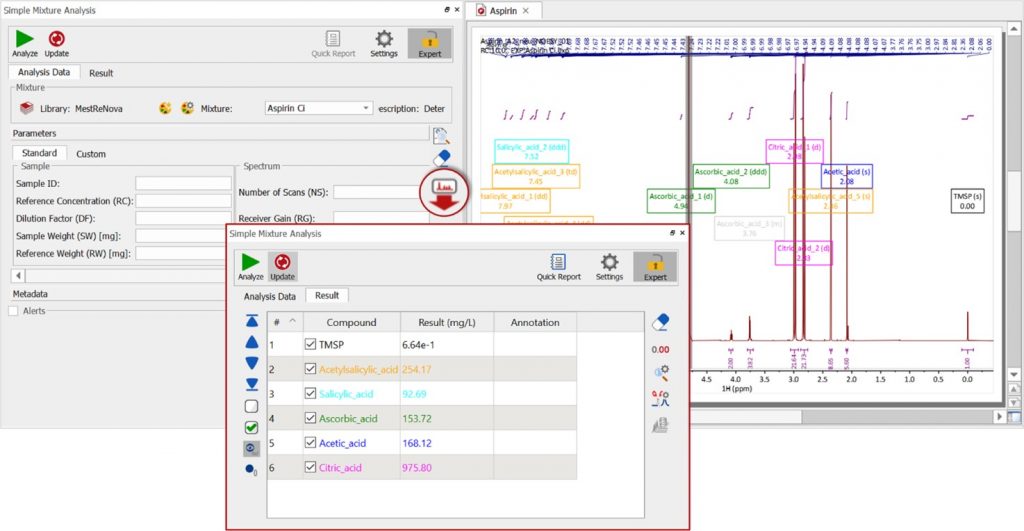 Advanced reports with detailed information about analysis data and results can now be instantly created in a number of output formats: Mnova, PDF, html, xml, and csv, and fully customized. These reports will be saved in your directory of choice. 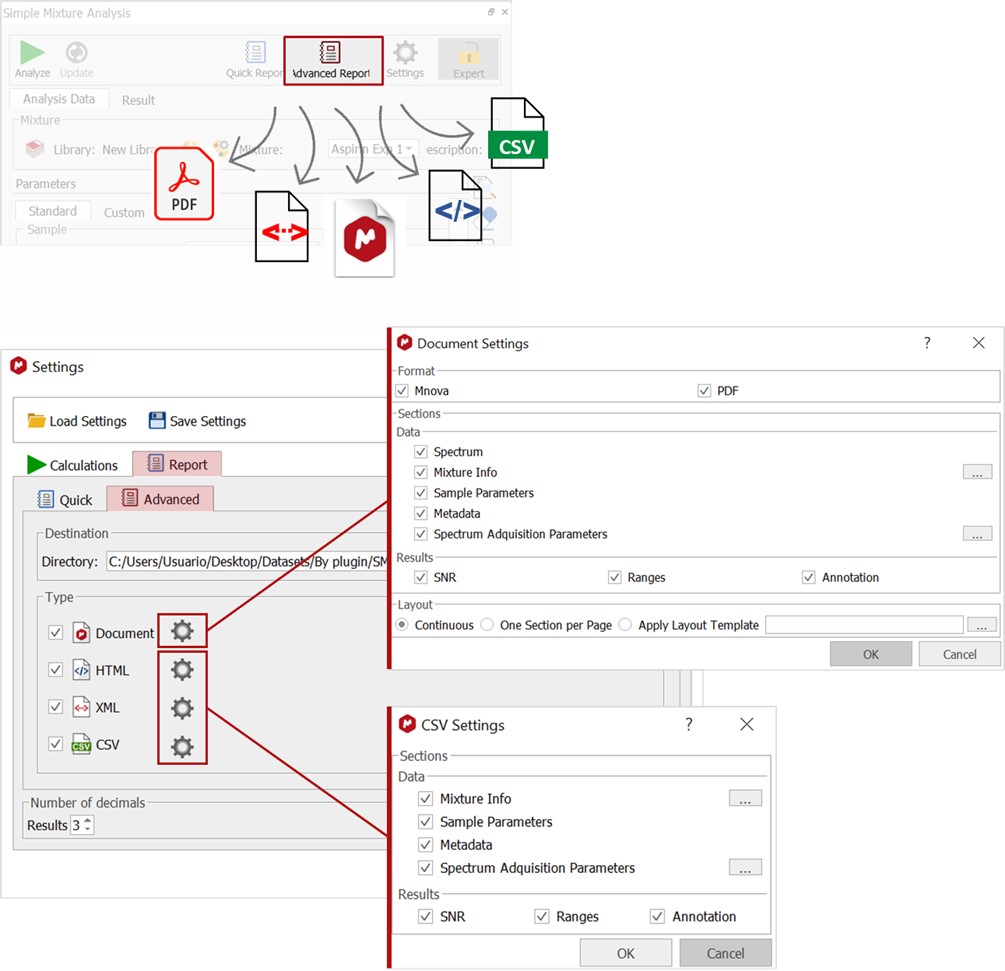 Alerts messages are now more informative and can be sorted by compounds or by time. Read more about SMA alerts system.

New options to save and load analysis settings

These new options allow the development and storage of methods that can be used and reused to ensure the reliability of results. This also opens up the use of SMA to non-expert NMR spectroscopists, who can simply apply methods developed by experts to run their own experiments.

Gears SMA is a new brick that runs with the Mnova Gears automation platform to operate on batches of samples saved to a specified directory or that otherwise acquired in real time. Gears SMA processes and analyzes data, then generates reports and archives results the way you want! 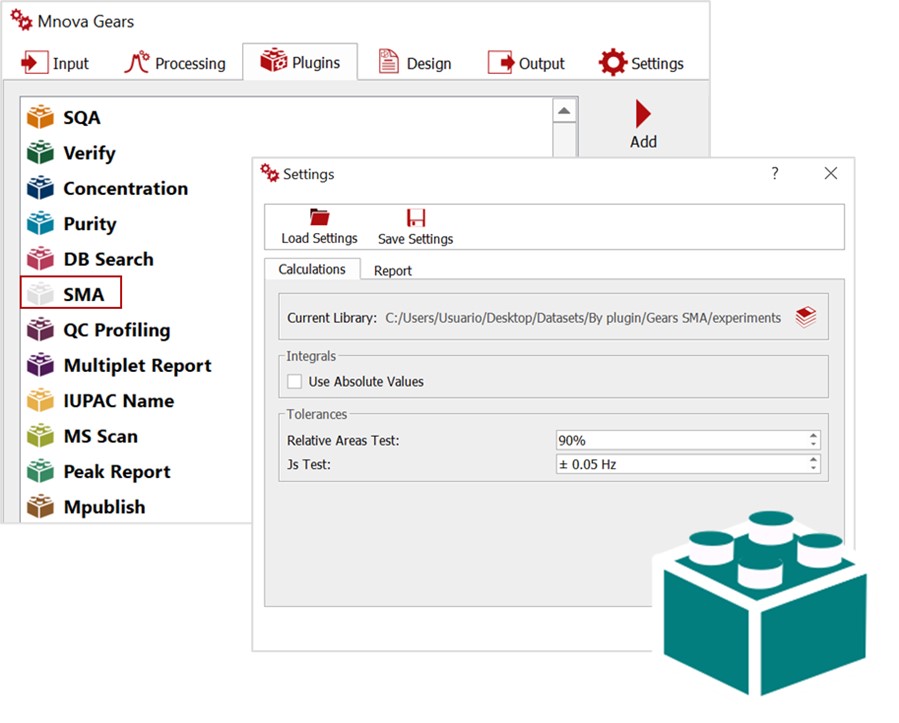