It is really easy to resolve overlapped multiplets. Imagine the below overlapped doublets: 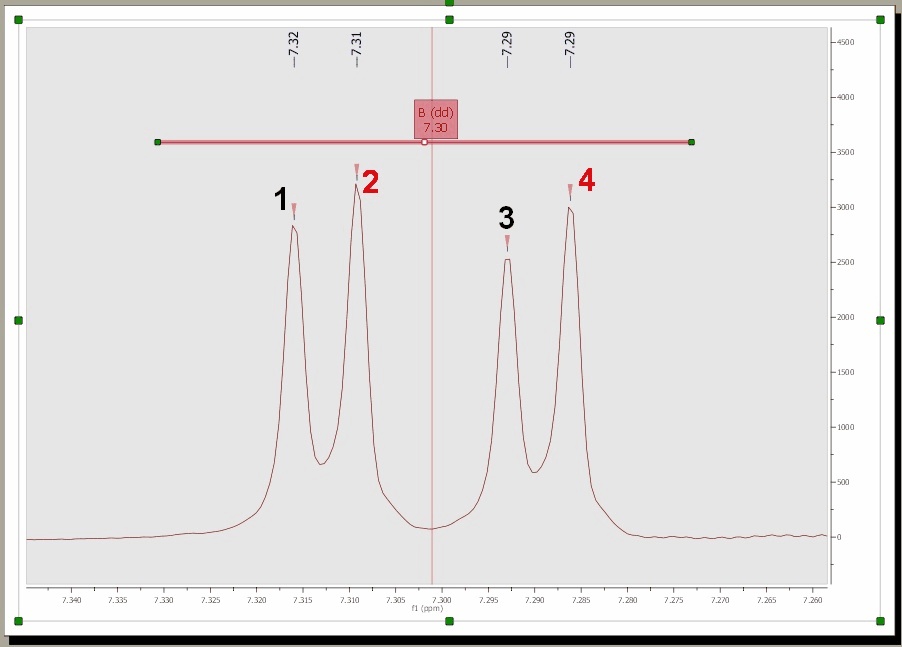 where the peaks 1 and 3 correspond to one doublet and the other peaks (2 and 4) to the second doublet. First of all, divide the multiplet just by clicking on the red square of the multiplet label (to obtain two overlapped multiplets): 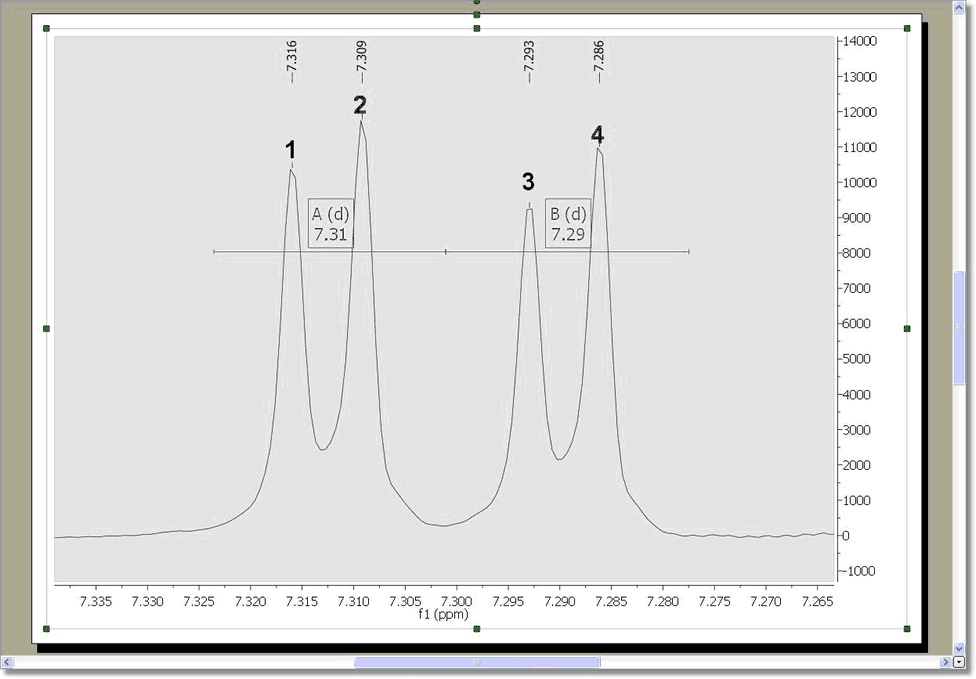 Next, double click on any of the multiplet boxes to launch the 'Multiplet Manager' dialog box. Once there, click on the 'Add multiplet peak' button (red square in the picture below). With this tool you can also remove peaks from the multiplet, by picking over a previously picked peak.

This will add a peak label with the multiplet name (A and B) over each peak, as you can see below: 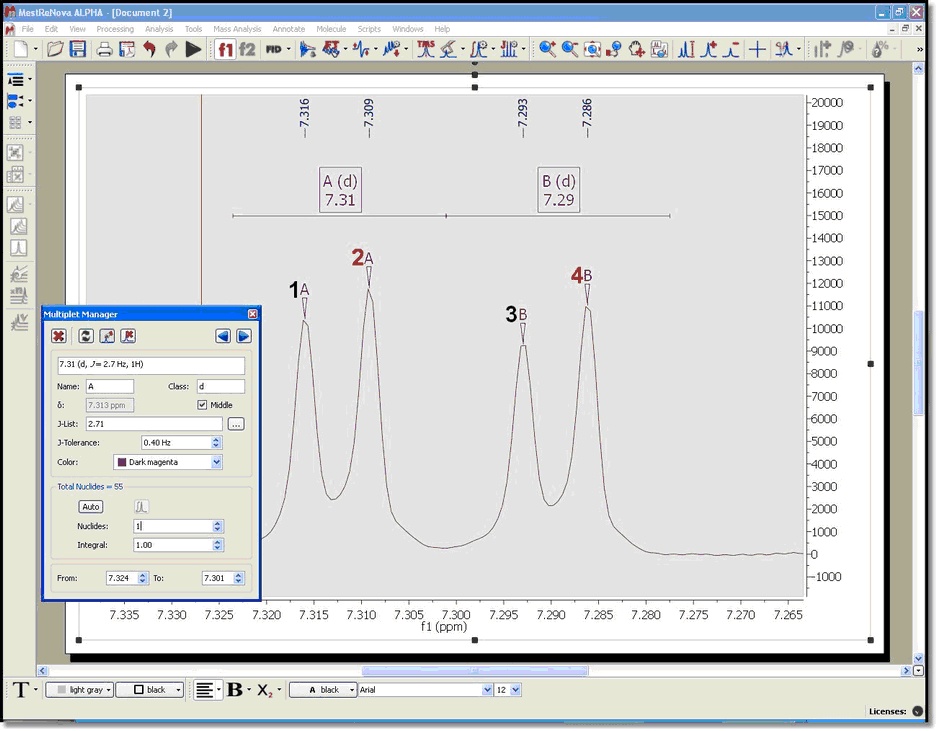 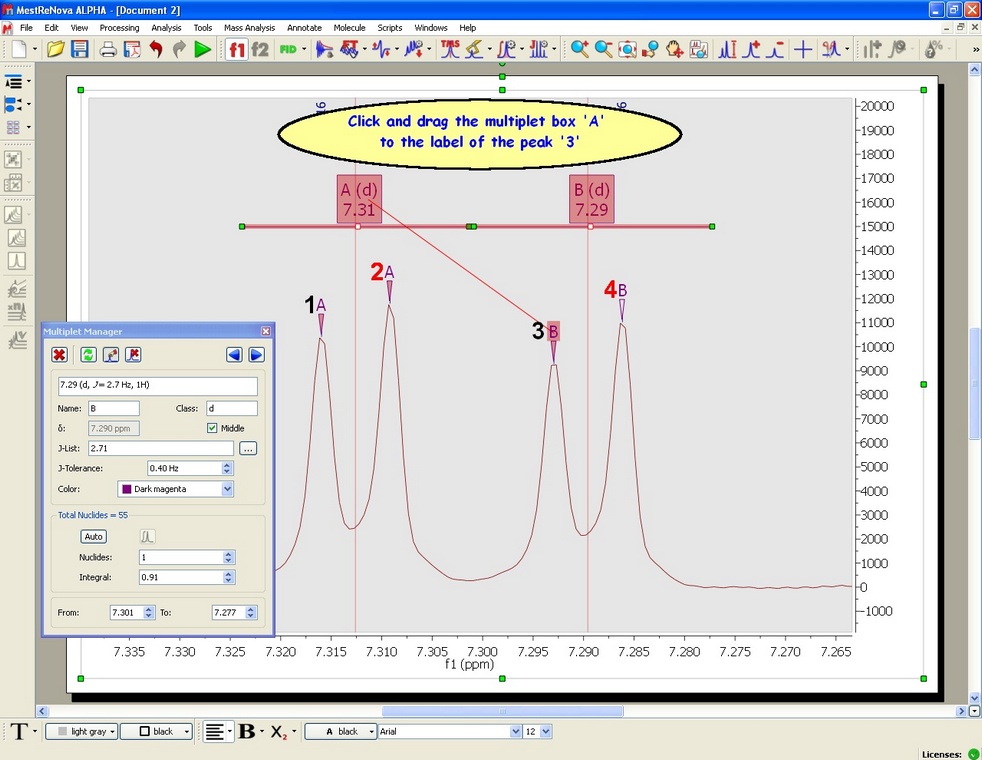 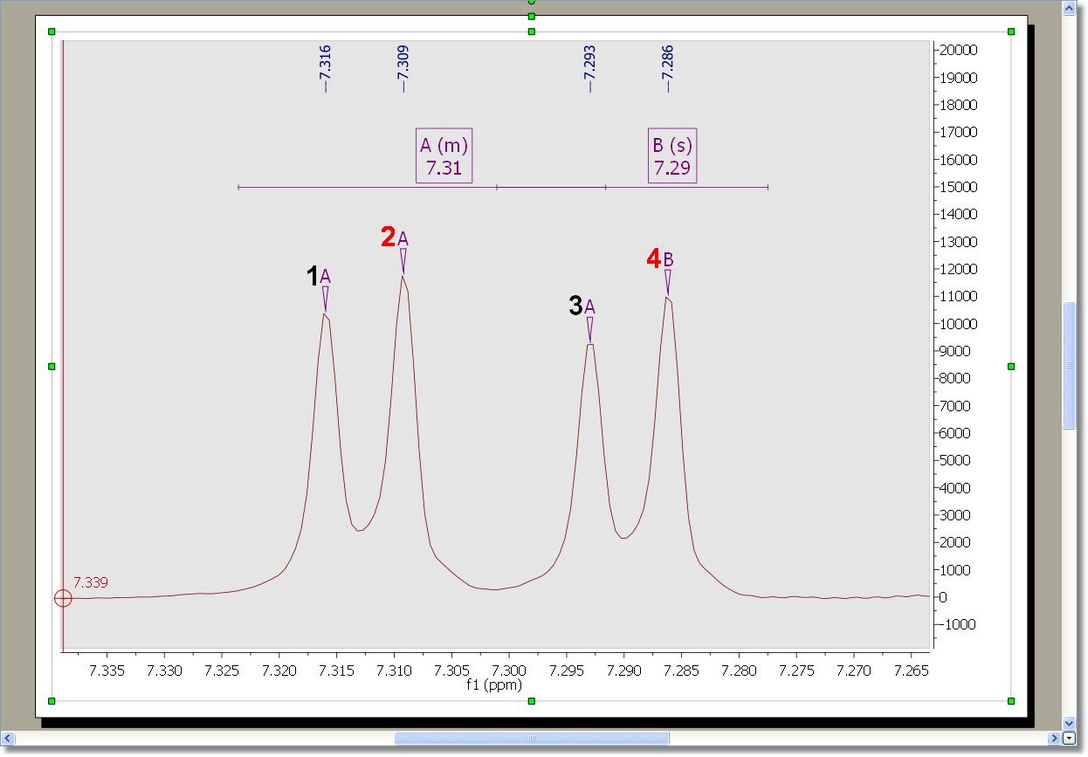 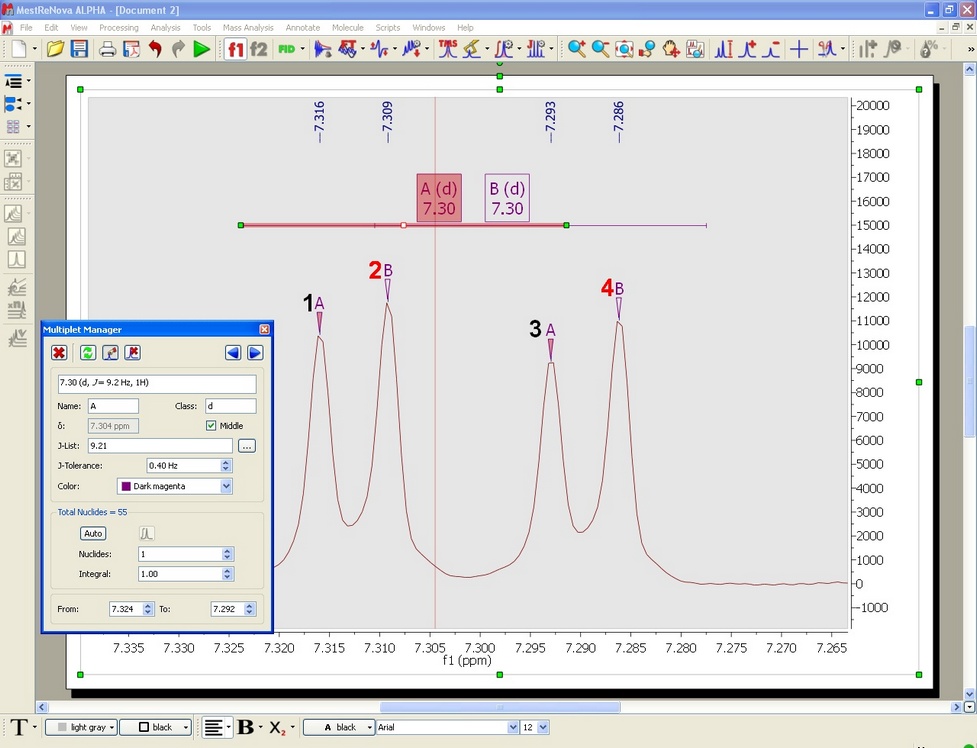