You are at:Home»Resource by product»Mnova SMA»The alert set-up: The smart way to spot any inconsistencies

Checking for any inconsistencies in your results:

The alert set-up is an important SMA feature that can be configured to give you feed-back when it does not find the multiplets you specify and expect. We call these “Alerts”.

From the “Experiment” panel, you can configure SMA in terms of the alerts it may show. 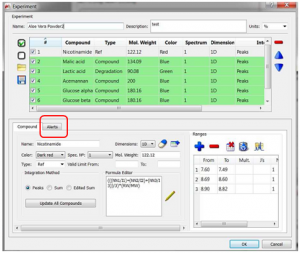 Customize the alert type you would like to be checked: 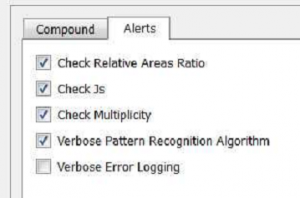 In the following picture you can see an example of some inconsistencies spotted by the software in the “Alerts” section: 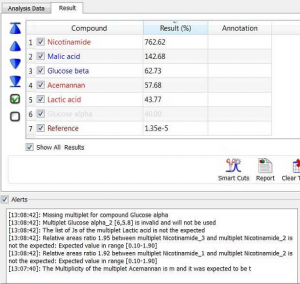 A compound having an alert is recolored "red" in the table. You should then check any of these discrepancies by double-clicking on that row, causing that compound to be expanded and viewed on the spectrum.