The procedure to apply a Visual Verification with Mnova is very easy, just load your HSQC or HMQC spectrum, and follow the menu: '˜Analysis/Predict & verify/HSQC' with the corresponding molecular structure pasted on the spectral window as is shown in the pictures below:

1st: Load the HSQC or the HMQC spectrum in Mnova: 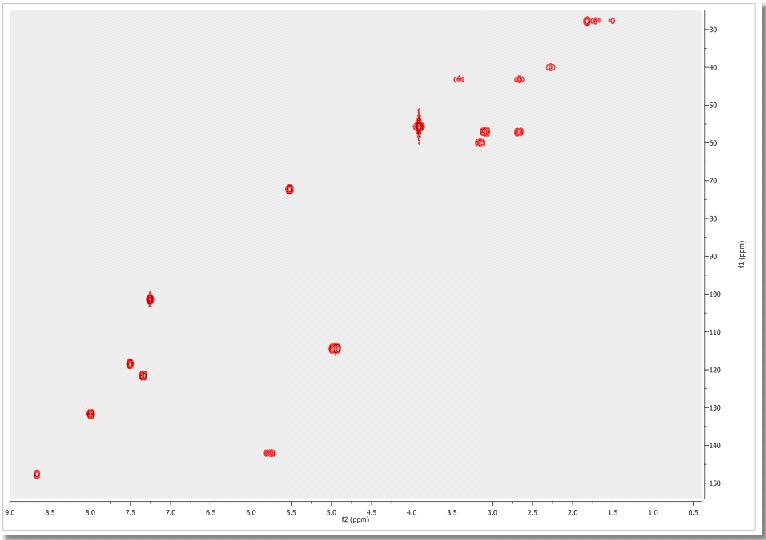 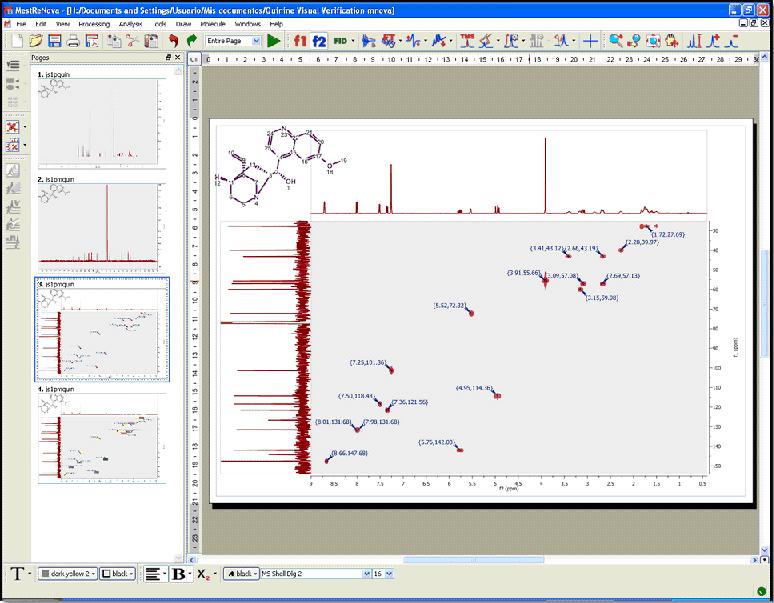 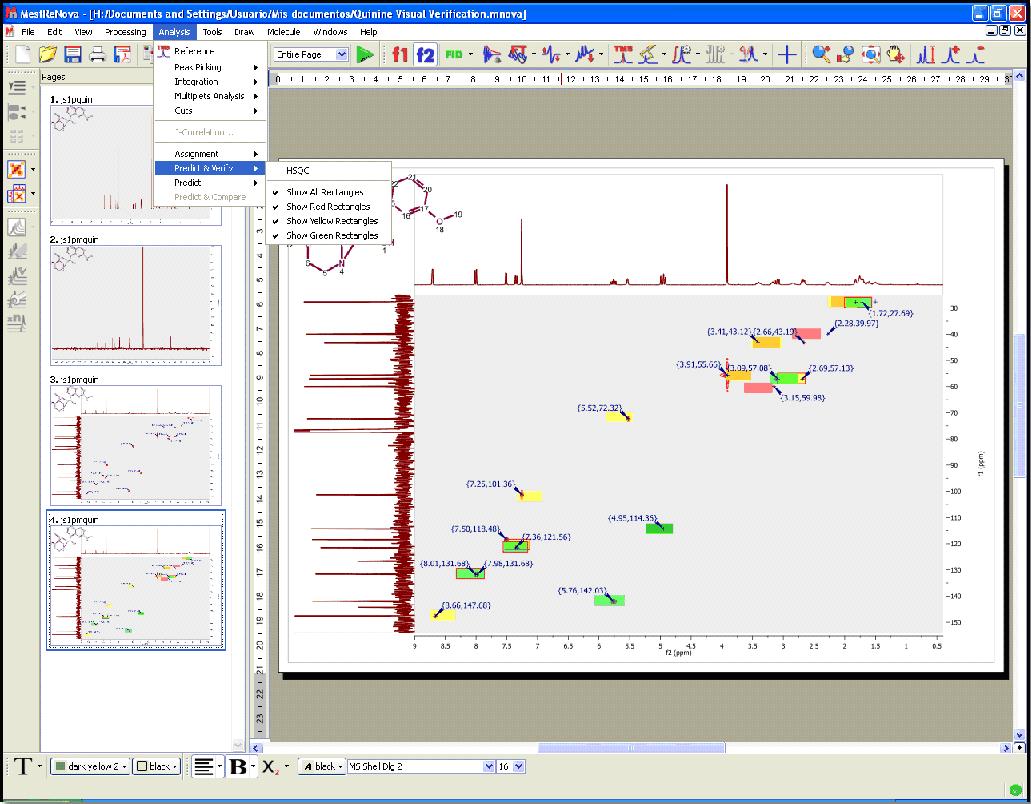 As you can see in the picture above, green, yellow and red rectangles will be obtained in the analysis.

For example, if we have a real cross peak in the HSQC spectrum at (1.00, 10.0) ppm and a simulated value of (1.05, 10.2) ppm, then we shall obtain a green rectangle, because there is a experimental peak within the rectangle with a predicted peak at its center and sides of 0.2 ppm along the proton and 2 ppm along the carbon dimensions, which we will call '˜inner inside'. If we would have a simulated value of (1.25, 11.0) ppm, then we would get a yellow rectangle drawn around the simulated value, as the experimental peak values would fall outside the '˜inner inside' but within the area, drawn around the predicted peak, with sides of 0.4 ppm along the proton dimension. In this case the carbon simulation would be fine, but we would get a yellow rectangle due to the deviation in the proton prediction. If the simulated value for this cross peak was (1.41, 15.0) ppm, then we would obtain a red rectangle.

Finally, we shall get a rectangle with a red border when more than one experimental cross peak falls within the green or yellow rectangles drawn around a predicted peak, as is shown in the picture below: 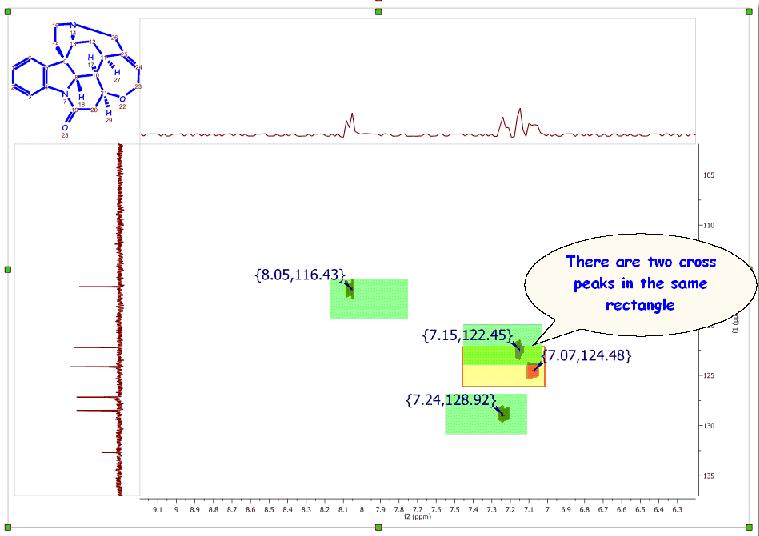 The user also has the ability to display any combination of rectangles, such as only red rectangles or green and yellow rectangles, for example. These options are available from the '˜Analysis/Predict Verify' menu. 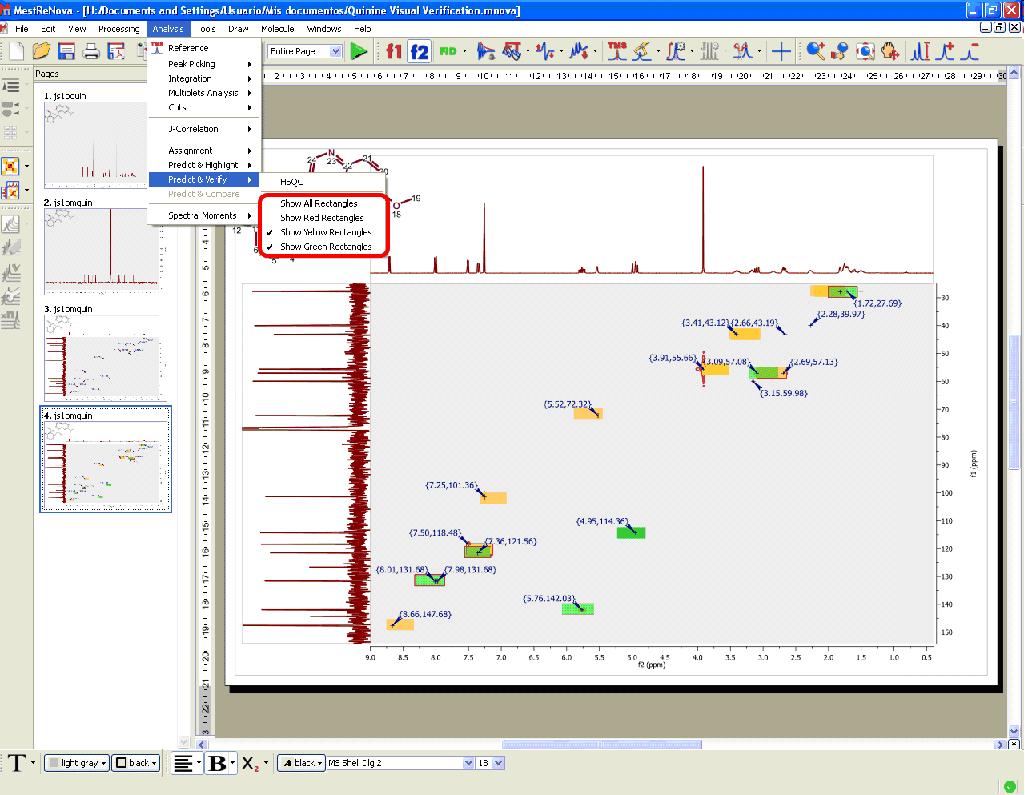 Bear in mind that the results reported by visual verification will depend on the prediction algorithm used in the spectral simulation. The user will be able to change this algorithm by following the menu: '˜Molecule/Prediction Options/Predictor Properties'. 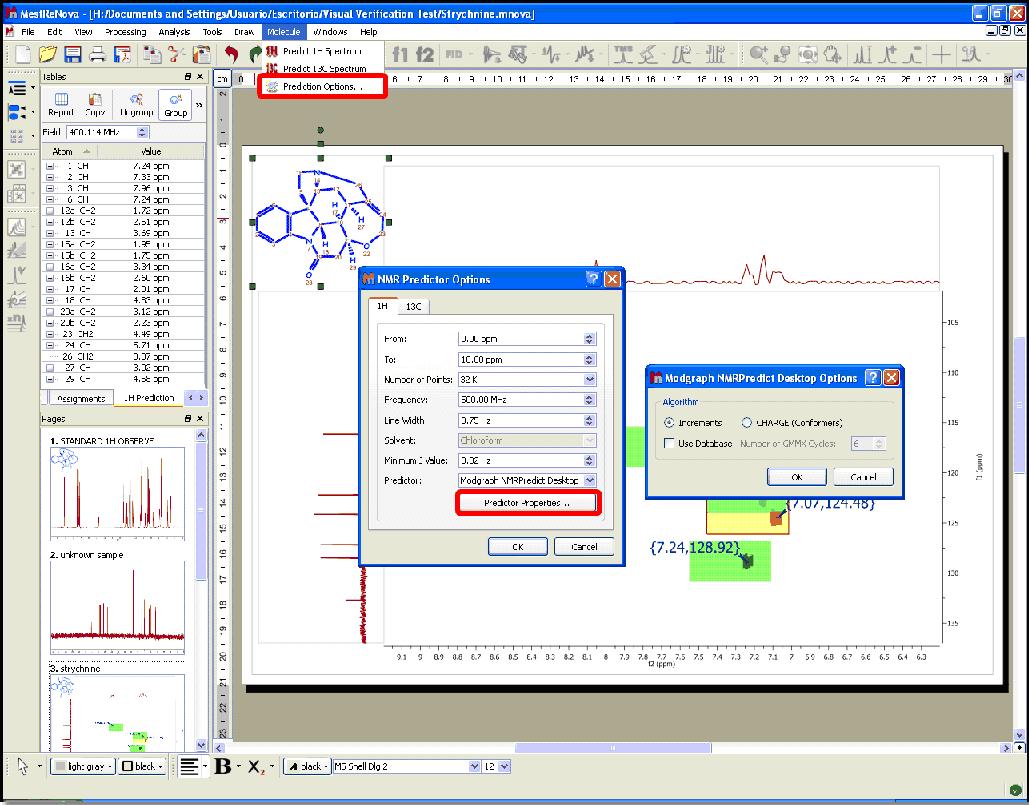